What US states are payday loans legal in?

Payday loans are small loans designed to be used for a short period of time and these loans are subject to state regulation. Although the majority of states in the US allow payday loans, this is not the case for every state. Even in states where payday loans are legal there are restrictions and laws which are specific to each state.

Why do states differ on their approach to payday lending?

Across the many states that permit payday lending, they’re large variations between interest rates. Interest rates on a payday loan can range anywhere from 36% up to almost 2000%. This is because some states have put in unique regulations and price caps. Some states have implemented regulations and even bans on payday loans following ballots on the matter. This means that decisions have been made based on the general consensus of the population. In other areas ballots have been cast for a cap on payday loans and state officials have come to the decision to completely ban payday lending.

Generally speaking there is a higher concentration of payday lenders in areas where regulations are more lax. Whereas in an area the large number of restrictions you are likely to have less options to choose from when it comes to a payday lender.

In which states are payday loans legal? 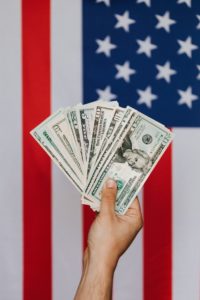 In the majority of states payday loans are allowed and completely legal. However, some states have put in regulations and price caps on interest rates to protect the best interests of their citizens. These regulations vary from state to state but usually involve limiting the amount of interest it’s citizens can pay on a loan.

There are also 32 States in which payday loans are completely unregulated and legal in all their forms. In these States there is no cap on the amount of interest you can pay on a small loan. These states are; Alabama, Alaska, California, Delaware, Florida, Hawaii, Idaho, Illinois, Indiana, Iowa, Kansas, Kentucky, Louisiana, Michigan, Minnesota, Mississippi, Missouri Nebraska, Nevada, North Dakota, Ohio, Oklahoma, Rhode Island, South Carolina, Tennessee Texas, Utah, Virginia Washington, Wisconsin and Wyoming.

Traditionally states have put a cap on small loan rates at 24% to 48% annual interest. Some states have also used usury to protect their customers. In states that have completely deregulated small loans and payday loans, there is no cap on interest rates and fewer laws to protect consumers. In states like these it is even more important to make sure you are getting a good deal on your payday loan. By using a company like Finger Finance you will be able to find the right payday lender for you, helping you to compare payday loans and get the best possible deal at a rate that you can repay without stretching yourself financially.

Which states are payday loans prohibited in?

Some US states have chosen to prohibit payday loans, meaning that payday loans in the states are completely prohibited by law and its citizens are not able to take out payday loans. 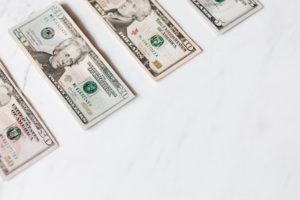 Can I get a payday loan out of state?

Please note – This information is correct at the time of writing, but legislation can change so if you are concerned or have a query, please consult with your local government for the latest legislation on payday loans.