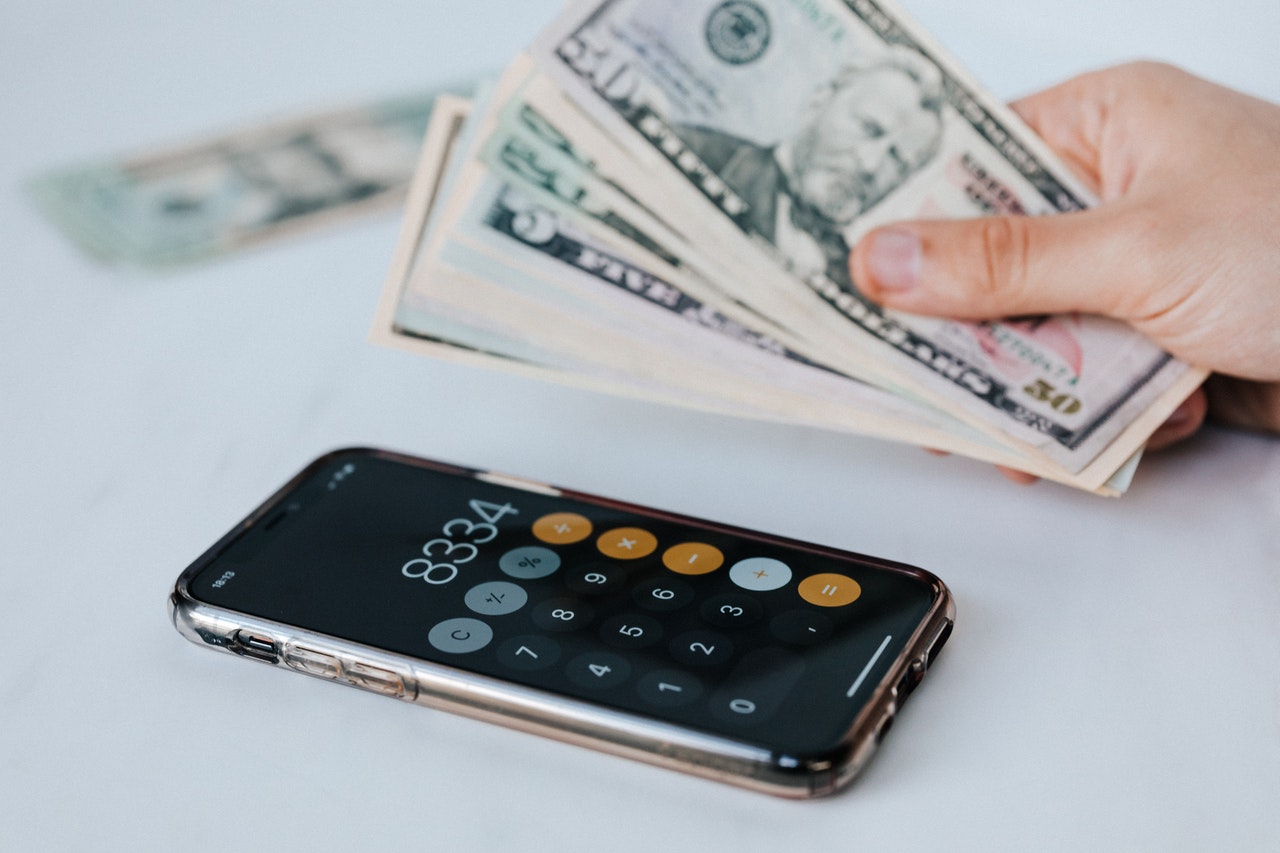 On average, 12 million American adults rely on payday loans every year representing a $9 billion industry in the United States. PEW Trusts carried out a study looking at key demographics and found that 5.5% of Americans across the entire country have used a payday loan in the last five years.

According to the research by PEW Trusts, there are certain groups which are more likely to take out a payday loan. These are:

The average income of a payday loan borrower is $30,000 annually. Although low income is likely to increase the chances of needing to borrow money online , there are other factors which are more closely correlated.

Typically, the average payday borrower is in debt five out of twelve months of the year. 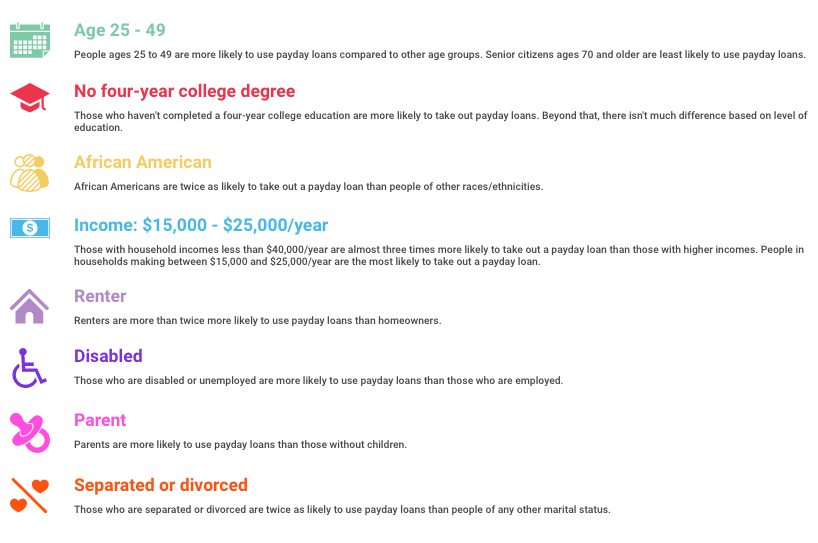 The younger generation is one of the most likely demographics to take a payday loan (Finder.com)

Although payday loans are used across generations, the most prevalent group is Millennials and Gen-Xers. The majority of these borrowers are aged 18-24 years old and one of the key reasons is mounting student debt. A 2018 survey by CNBC showed that nearly 40% of those 18-21 year olds and 51% of Millennial have considered a payday loan. Those aged 25-49 have used payday loans more than the rest of the general population. Those aged 70 years and older are the least likely to have used a payday loan.

In 2017, there were already 14,348 payday loan stores across the United States. An average borrow users eight loans across the year, each lasting 18 days. This means that they have a payday loan for five out of twelve months of the  year. 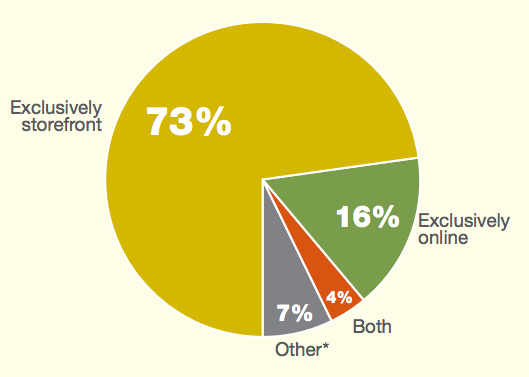 How Much Do They Borrow?

The average loan size of a payday loan is $375 and the average borrower takes out 8 loans annually. Data from the CFPB shows that the majority of states permitting payday loans implementing a price cap on interest will end up being between $10 to $30 for every $100 borrowed. With a typical two-week payday loan, with an average $15 per $100 fee (15% interest), this can add up to an annual interest rate of around 400%.

How Much Do They Spend?

Due to the interest rate, and the nature of multiple consecutive payday loans, borrowers can end up spending much more than they borrow. For an average eight loans of $375 annually, borrowers look to spend $520 on interest each time. The average annual APR for payday loans is 396%. Subsequently, Americans spend around $4 billion annually on payday loan fees. Out of this, only 14% of borrowers are able to pay back their loans.

Where Do the Majority of Payday Loan Users live?

What Do they Use their Payday Loans for?

Although payday loans are advertised are a way to cover unexpected, short-term payments, the majority of payday loans are used to cover recurring payments and living expenses (7 in 10). The Consumer Financial Protection Bureau report that borrowers are most likely people who have fallen behind on their regular monthly expenses.

According the statistics, 69% used their payday loan to cover recurring expenses such as utilities, credit card bills, groceries, or to cover rent or mortgage payments. In fact, only 16% used their payday loan to cover an unexpected expense such as an emergency medical bill or car repair. For Millennials and Generation Z payday loans are often used for ongoing expenses including student loan payments and everyday transportation costs. 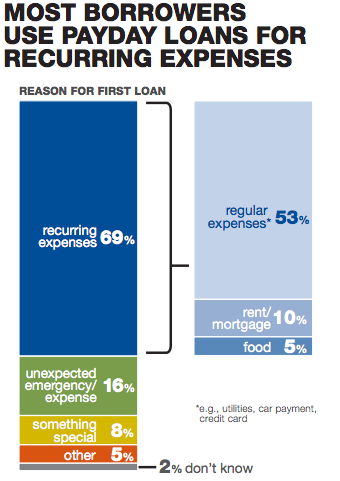 How Many Payday Loans Do Borrowers Take Out?