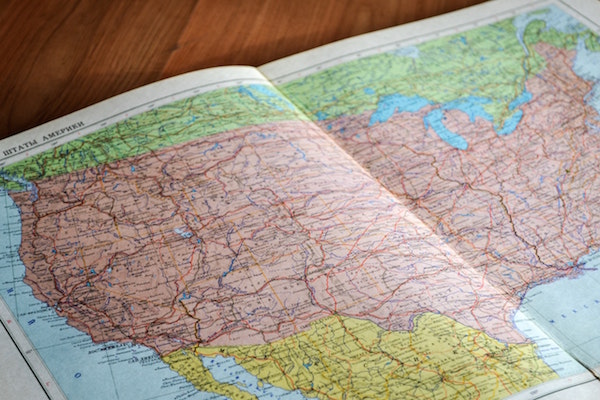 Which US States Apply for the Most Payday Loans?

A 2018 study from CBNC showed that one in ten Americans have used a payday loan. In the past two years, 11% of US adults (3,700 surveyed) have taken out a payday loan. With their ever-growing popularity, the majority of US states offer payday loans or other type of short-term loans. As such, payday loans represent a $9 billion business in the United States and are available in 36 states.

US States with the Most Payday Lenders

Some states, more than others, are more densely populated with payday loan stores (per capita). These tend to be the areas with have a higher percentage of poor and minority citizens. Within this list features Alabama, New Mexico, South Dakota and Mississippi. In terms of pure numbers, California has the greatest volume of payday lenders (2,451), closely followed by Texas (1,675). Conversely, Rhode Island has the least (5).

The national average annual percentage rate for payday loans is nearly 400%. As a point of comparison, an average credit card APR in the US is 16.96% (data from CreditCards.com, July 2018). There is a great deal of variability between regions. In fact, in some regions borrowers pay twice as much for the same loans as in other regions. Consequently, many states have introduced interest rate limits to protect borrowers.

Which States Do Not Offer Payday Loans?

There are some places in which payday loans are prohibited. These are Arizona, Arkansas, Connecticut, Georgia, Maryland, Massachusetts, New Jersey, New York, North Carolina, Pennsylvania, Vermont, West Virginia, and the District of Columbia. There are some zones which, although not explicitly outlawing payday loans, have specific laws regarding these types of funds. Additionally, interest rates and their terms vary between areas. For example, in many New England states, it is illegal to charge more than 300 to 1000% interest on any loan. Thus, whichever state you are in, it is worth checking the state policy. 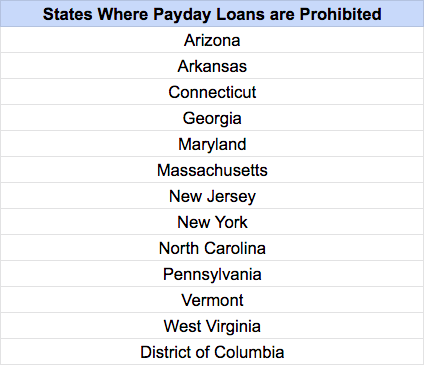 Table showing the states in which payday loans are prohibited.